Some more of the stories I've done for KALW's Crosscurrents. 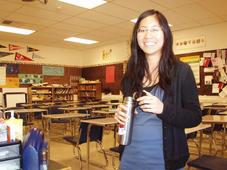 These are the radio diaries of Diana Arbas -- a first-time teacher in her first year tackling the classroom by herself at Oakland High School. Oakland’s a hard city to teach in. Oakland High is in East Oakland. The student body is made up of kids with very diverse backgrounds, many from the poorest neighborhoods in the city. Not all come to the ninth grade ready to tackle that level of work. In this four-part series, hear how she learns how to handle the demands of public school teaching, while meeting the needs of her students.

Diana’s teacher diaries were produced by Martina Castro with help from Alyssa Kapnik. They were edited by Casey Miner.

A peek into the secret world of girls 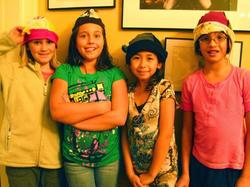 Imagine for a moment that you could go back in time and talk to your younger self, say at about age nine. What would have been your biggest dreams? Favorite color? Best friends? What would you hope to never forget as a grown up? These are just a few of the questions that KALW’s Martina Castro posed to three 4th grade girls, all friends and classmates at the Park Day School in Oakland. They attend an after school art and mindfulness class at Honey Moon Studios.

Martina collaborated with their teacher, Emily Frost, to record a little time capsule for each of them – an interview that would capture this moment in their lives. Here’s a bit of what they each had to say. (3/5/12)

Confronting Life's Fears on a Surfboard

Hear how author and surfer Jaimal Yogis tests his greatest fears as he learns why we are such an anxious and fearful society -- after numerous interviews with neuroscientists, sports psychologists, and extreme athletes, he finds that the best way to fight our fears is to expose yourself to them. So he tackles love and a 20 foot wave for his "Fear Project." (This story was performed live on stage)(5/20/13)

A centenarian reveals the keys for longevity 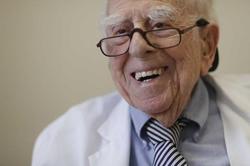 A lot of the change we’re seeing in the Bay Area is happening rapidly. Neighborhoods, industries, and infrastructure are transforming right before our eyes.

Now, just imagine how much things have changed in the last hundred years. Well, 103 years, to be precise. 1911...Back then, you got around the Bay Area by boat - the Golden Gate and Bay Bridges wouldn’t exist for another couple decades. 1911 also marked the year that Dr. Ephraim P. Engleman was born. He directs the Rosslyn Russell Medical Research Center for Arthritis at UCSF, and he just released a book called, 'My Century.'

Today is his birthday. In this story from our archives, KALW's Martina Castro asked him to share some of his rules for living. (3/24/14)